The page for the Rail Enthusiast

Rail transport is the backbone of country transportation system. Indian national railway is operated by Ministry of India recognized as the largest railway system under single management. More than 20,000 passenger and 9200 Freight Train runs daily by Indian Railways. Indian Railways is the fourth largest railways network in the world by size with 121,407 Km of total track over 67,368 Km route. 49% percent of the routes are electrified with 25 KV AC electric traction. IR provides huge number of employment to the people of India. Indian Railways is the world's eight largest employer as of Mar 2017 it has over 1.3 million employees. Railways continues to play a key role in India's economic development

The Indian Railways started its journey in 1851. An initial start was done by Britisher to exploit the resources of India. Business of cotton established the journey of railways in Indian subcontinent. They carry raw material from different ports of India to export materials to England. Earlier This trade took days to cover then british had to build link from hinterland to India for faster transport. This expedited matters for the British to introduce railways in India. The first ever train in India flagged of on 16th April 1853 between Bombay to Thane with a distance of 34 KM. The train was hauled by 3 engines Sindh, Sahib and Sultan carried as many as 400 passenger in its 14 coaches. Now Indian Railways has become one of the largest network in the World.

Indian Railways is the fourth largest rail network in the world. The total route length consist of 67368 KM  where Broad Gauge is 61,680  KM, Metre Gauge is 3,479 KM and the  Narrow Gauge is 2,209 KM. Indian Railway also has the longest platform in the world which strech about 1.35 KM and CLW, the loco manufacturer in India became the largest producer of Locomotives in the world in 2018-19. Learn here the fascinating facts and massive size of Indian Railways.

Indian Railways has various Classes & types of trains. These trains are classified according to their class, average speed and the routes they traverse across India. Freight traffic in Indian railways is a primary source of revenue. Indian Railways earned around 72% of its revenue from freight traffic in 2012-13. Read more to know the different types of Passengers and Freight trains currently in operation India  and their objectives.

Showcases comprehensive collection of Images and Videos of Indian Trains, Rail Journeys and many more. Click the image to explore. 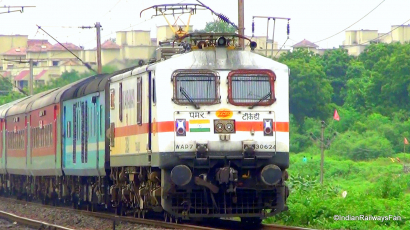 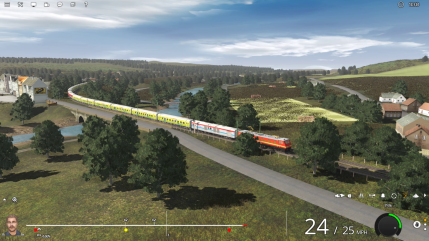 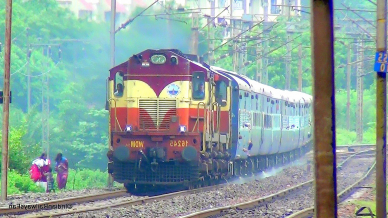 Trains At a Glance

Catch the latest news and updates about Indian Railways here. 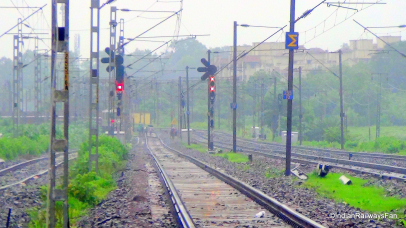 RDSO is the only R&D organisation of Indian Railways which functions as the technical advisor to Railway Board, Zonal Railways and Production Units. RDSO plays major role in developing and maintaining standards and specifications which ensure that all different technologies are able to work together as a system, permits Indian Railways to operate seamlessly without any technology limitations.